Matthew’s House is a place of hospitality and hope for all – especially those who are vulnerable and homeless. We aim for it to have the feel of a home where hospitality is experienced by all who enter the doors, regardless of background and circumstances including who they are, what they believe, where they live and where they are from. We simply ask that everyone always respects everyone else and so maintaining our value of hospitality.

Matthew’s House began in 2016 when The Hill Church purchased the Grade 2 listed building, called St Matthew’s Church. It had a history of serving the poorest and most vulnerable in our city, but it had been closed for nearly two years. Following the purchase, months of volunteer hours were donated to turn the building into Matthew’s House – a house of hospitality and hope in the heart of Swansea.

In 2017 Matt’s Cafe was launched. This was the first expression of Matthew’s House. The concept was simple. Intercept perfectly edible food destined for bins by local supermarkets and turn it in to delicious ‘home-cooked’ style meals available to all, but particularly those who are homeless or vulnerable. It would be funded on a pay-as-you-feel basis. All the expressions of Matthew’s House will succeed because of the compassionate and tireless work of volunteers – we have over 80! All of them are motivated to give hospitality and hope to others.

The Hill Church is a registered charity. It considers itself as a guardian of the building to preserve its use over the long-term for the good of the city. We work with those in Swansea who seek to assist the homeless and most vulnerable. Matthew’s House has a separate bank account to the rest of The Hill Church, so that all monies donated are only ever used for the purpose, development and maintenance of Matthew’s House. 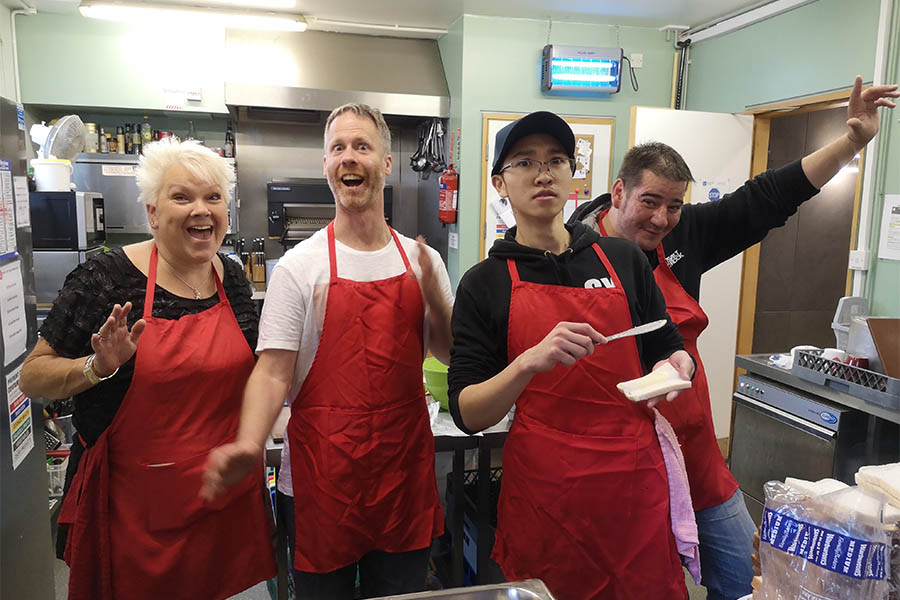 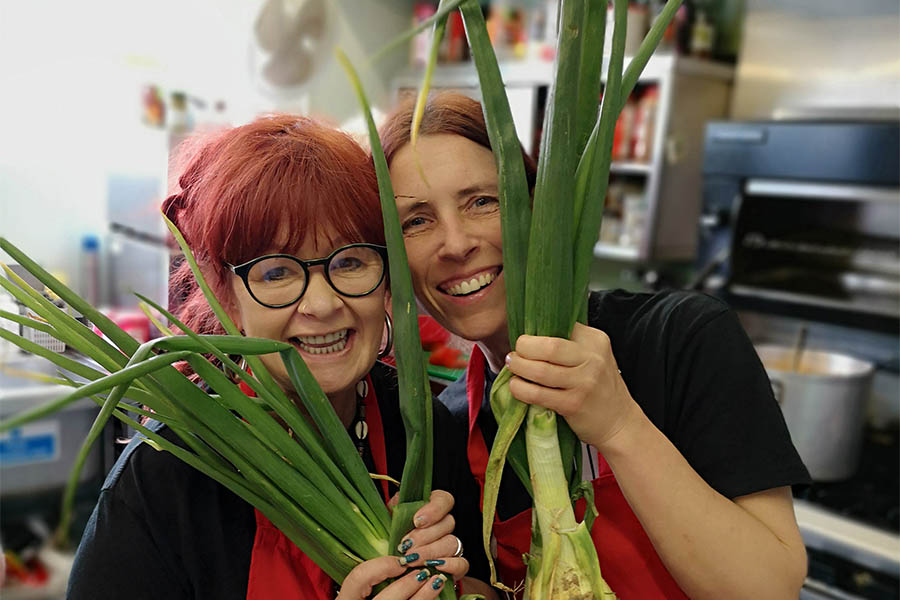 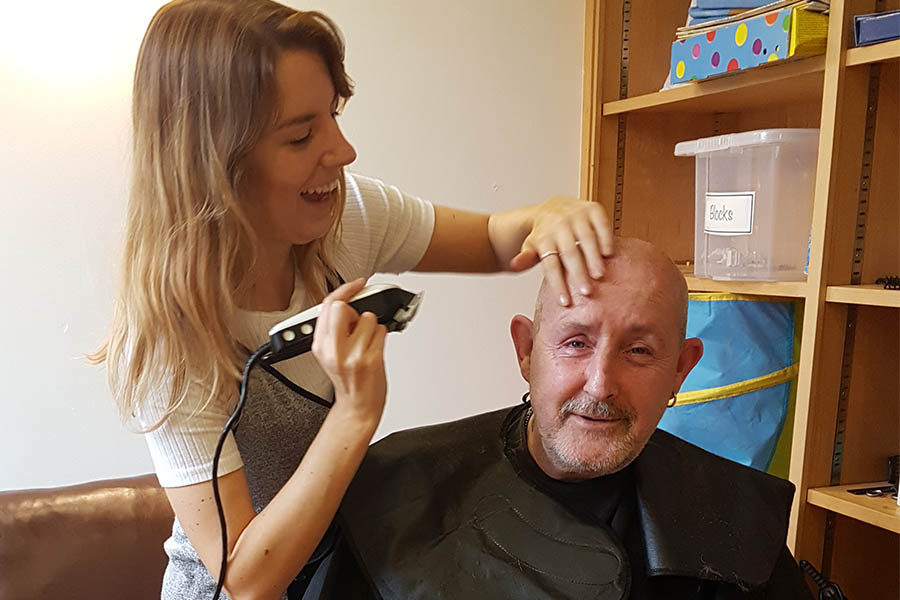 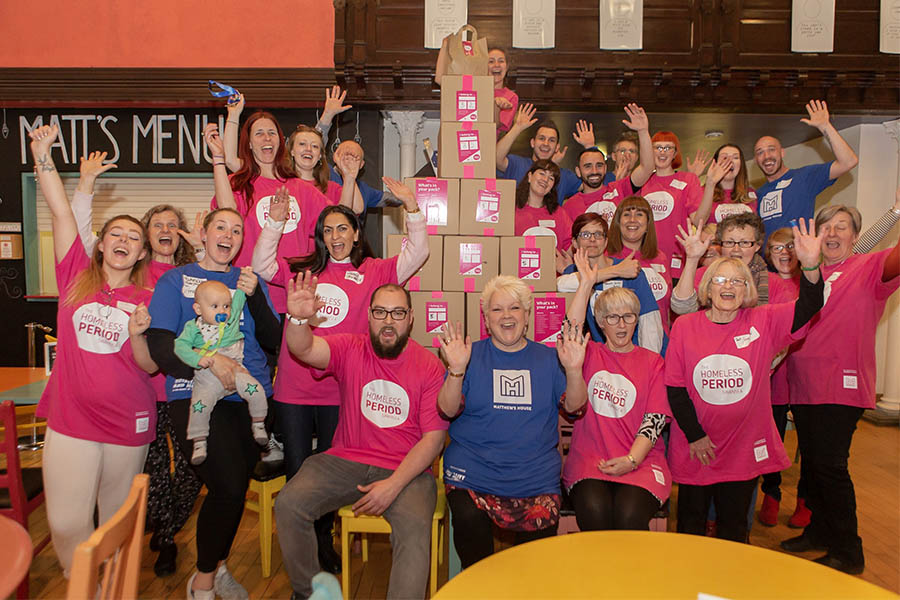 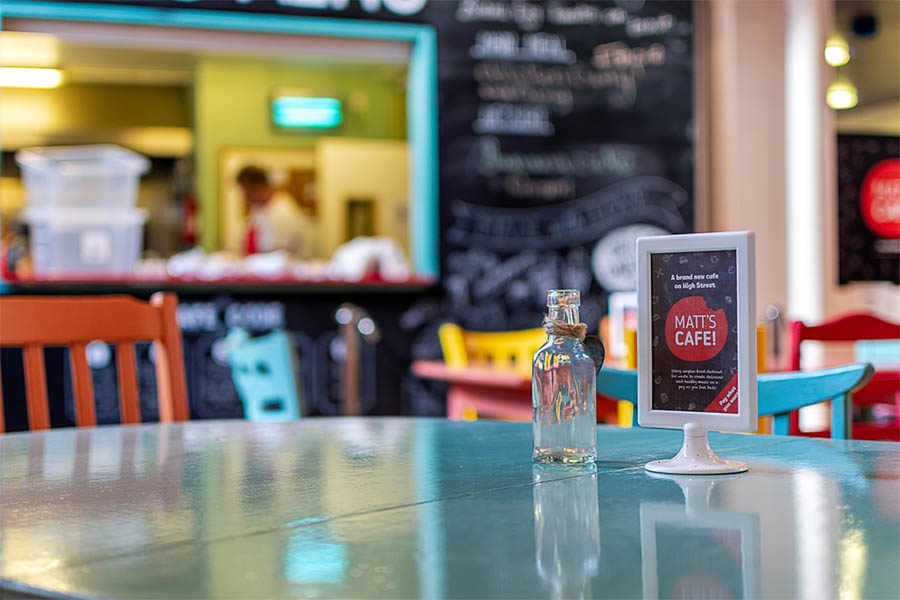 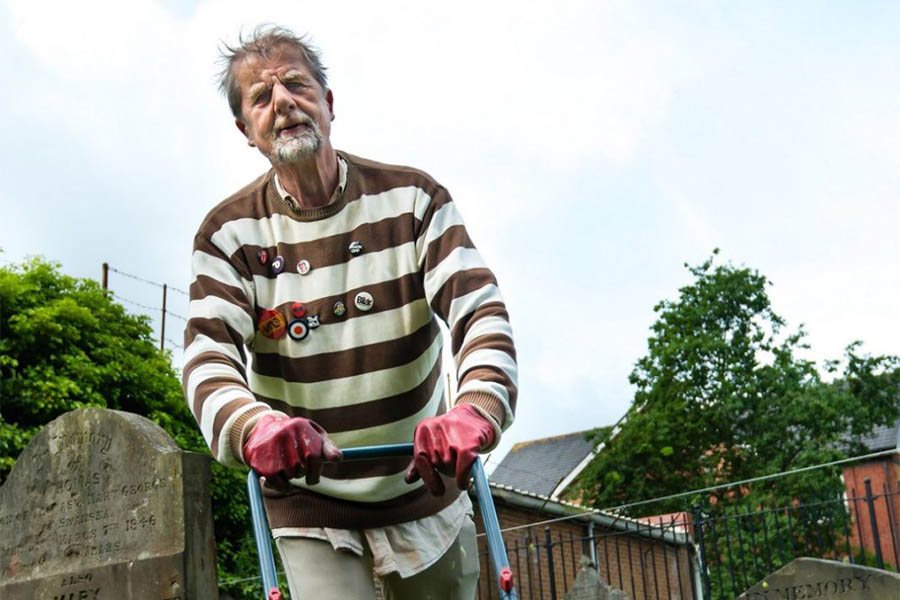 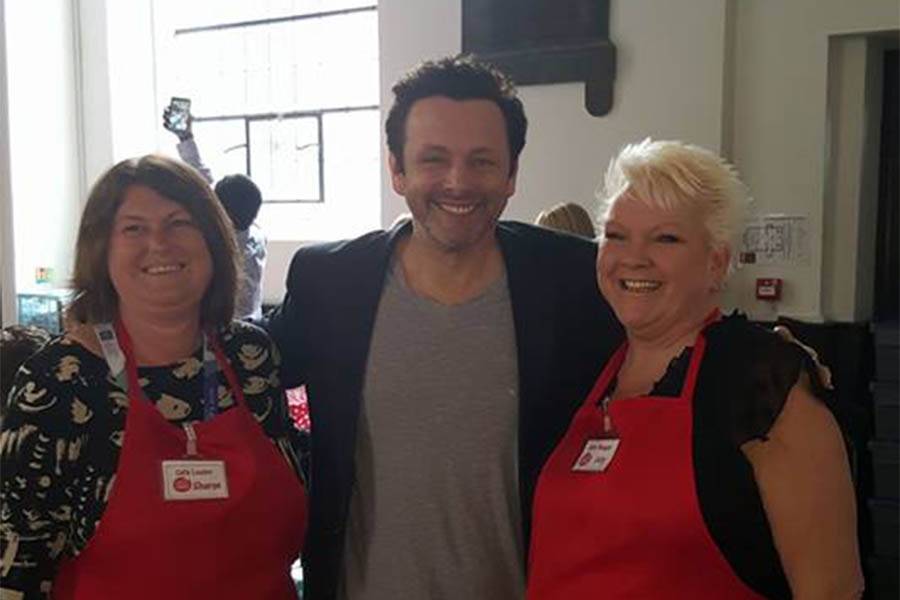 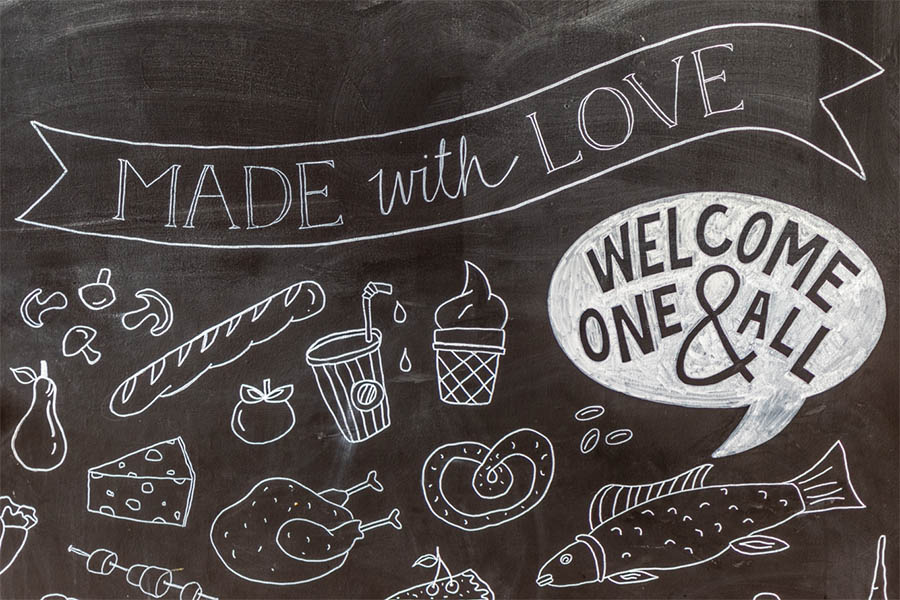 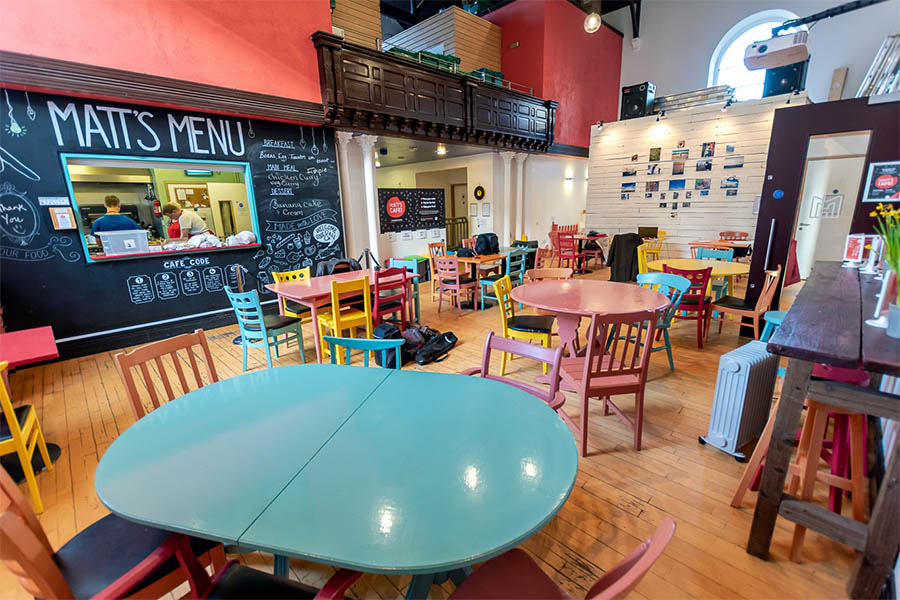 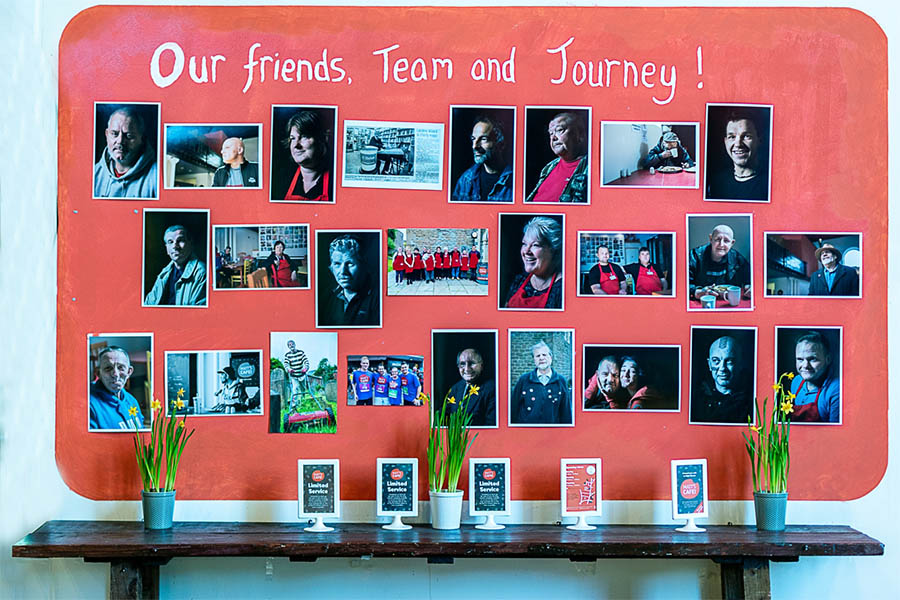 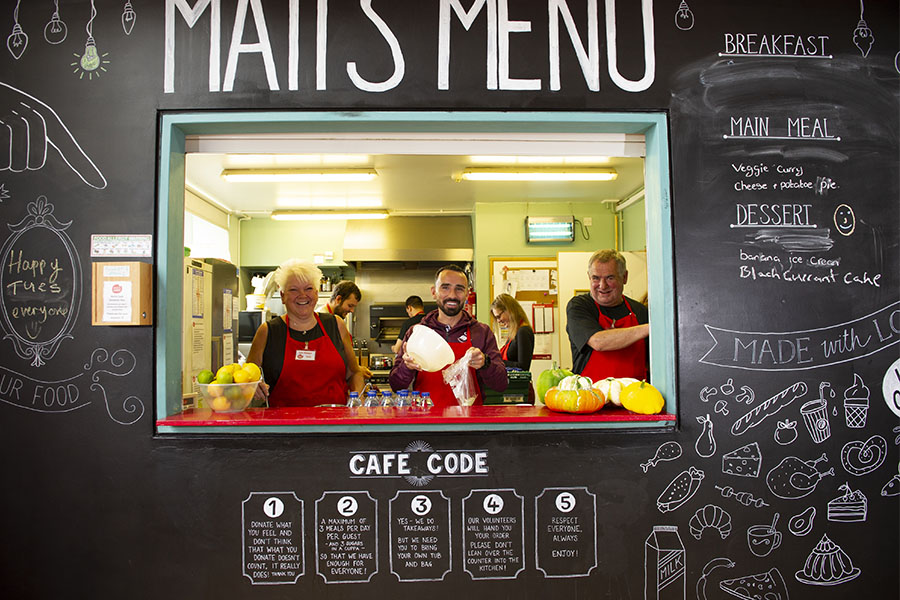 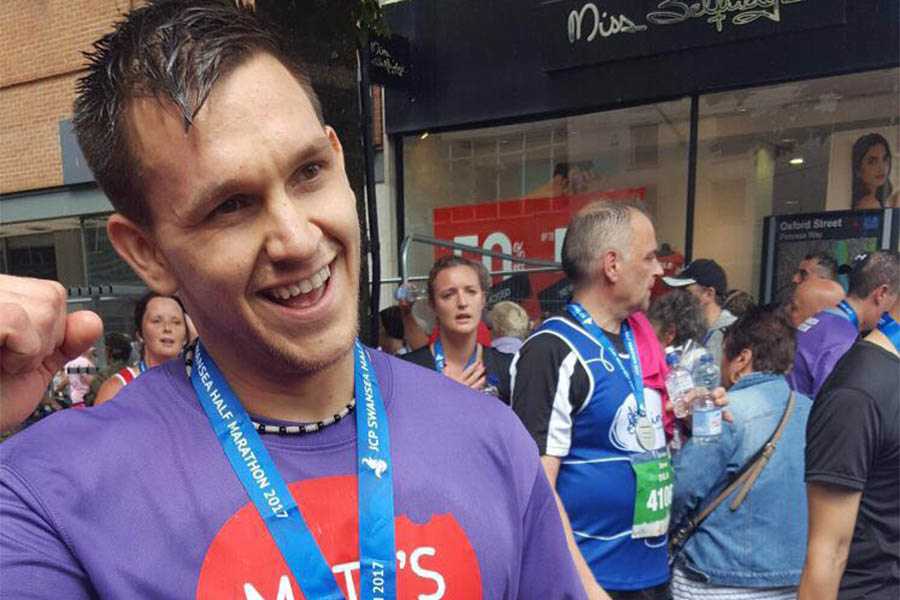 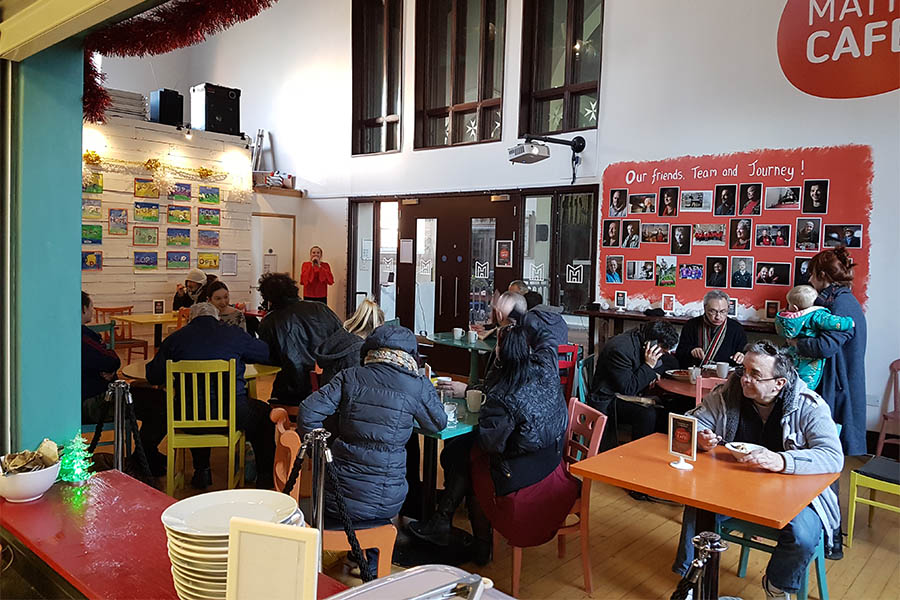 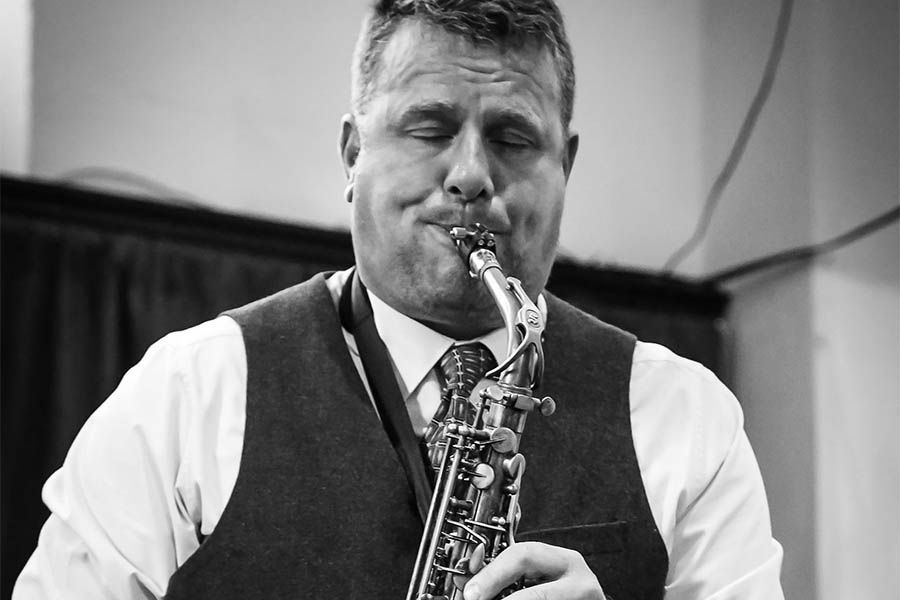 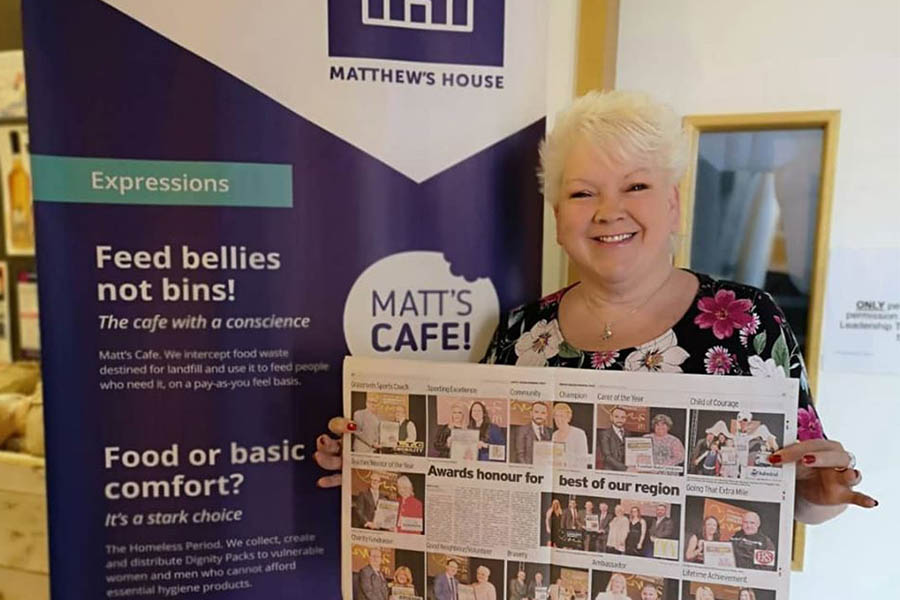 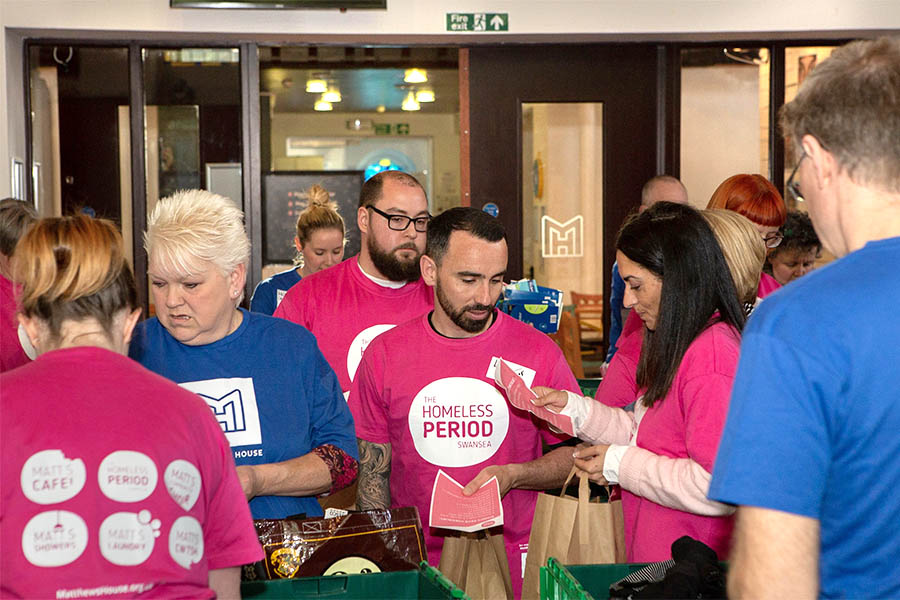 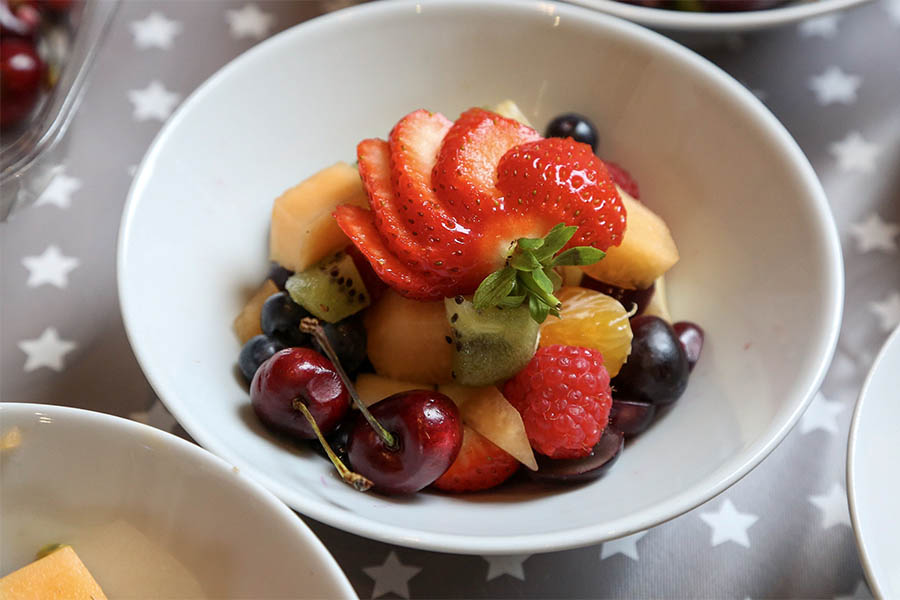 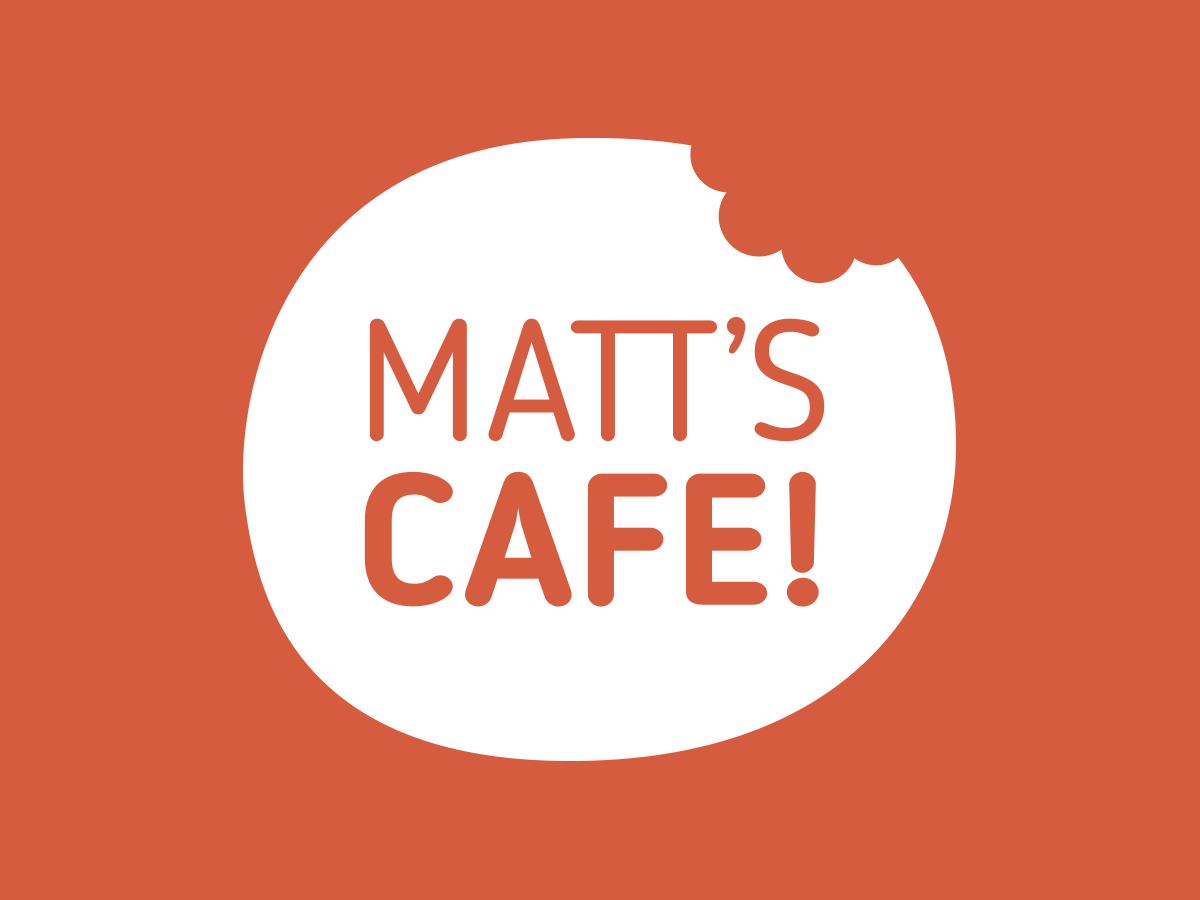 We intercept food waste destined for landfill and use it to feed people who need it, on a pay-as-you feel basis. 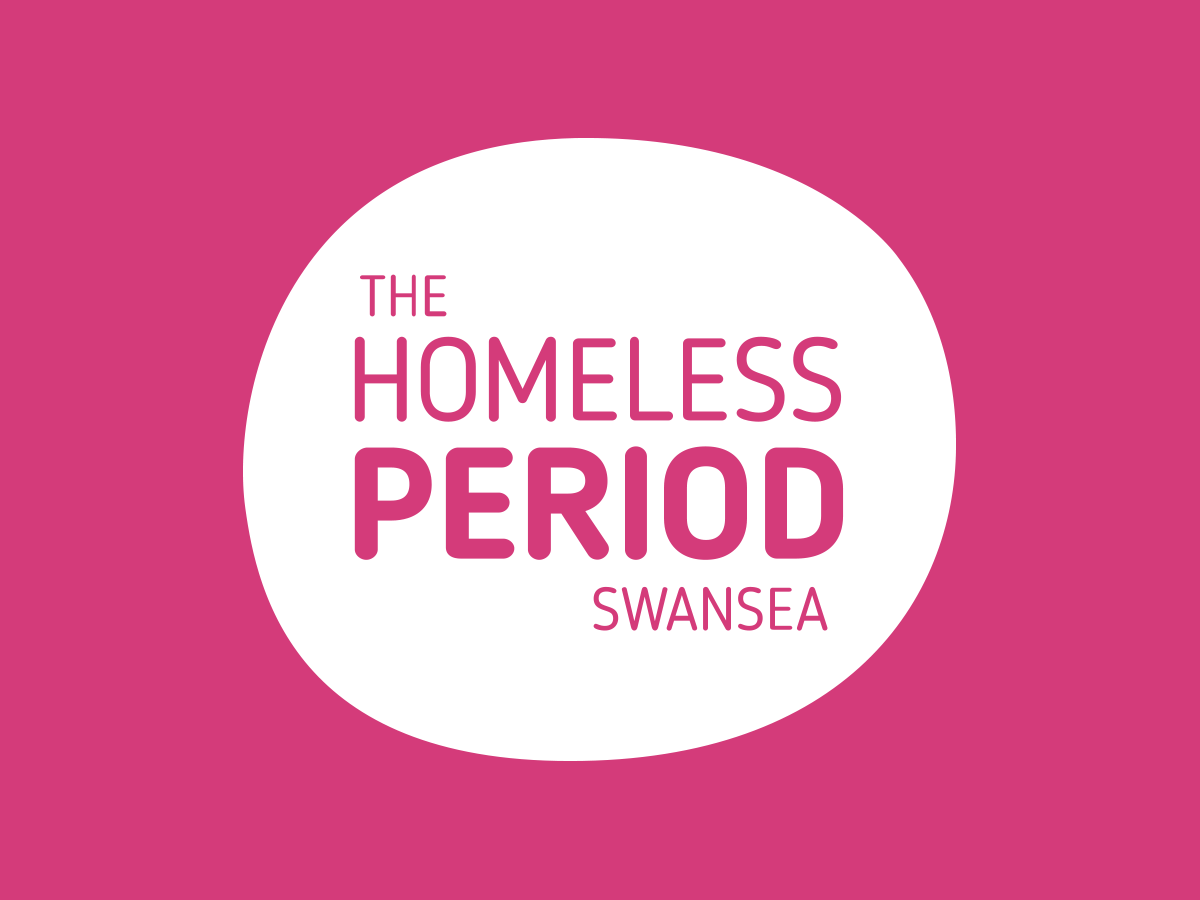 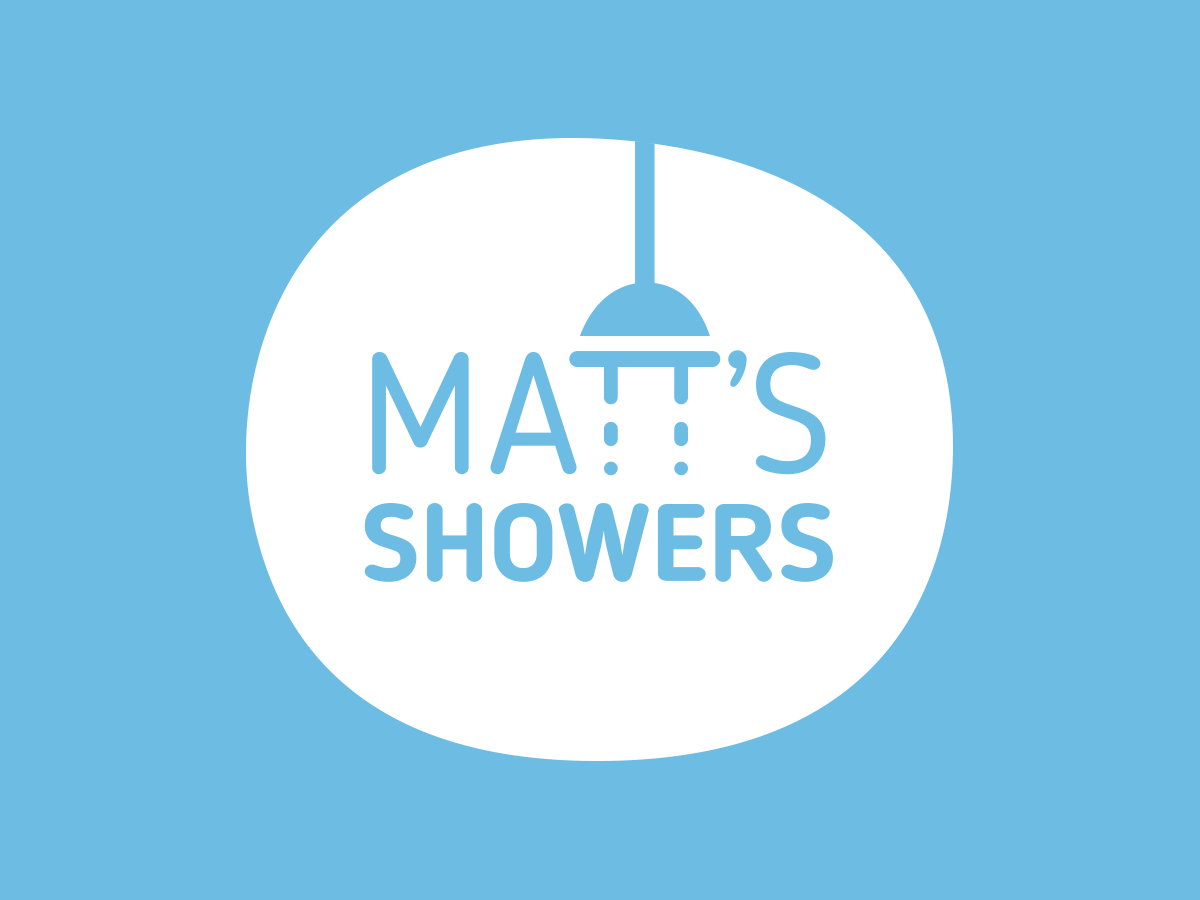 Giving dignity through a homely large shower room to the city’s most vulnerable people on a referral only basis. 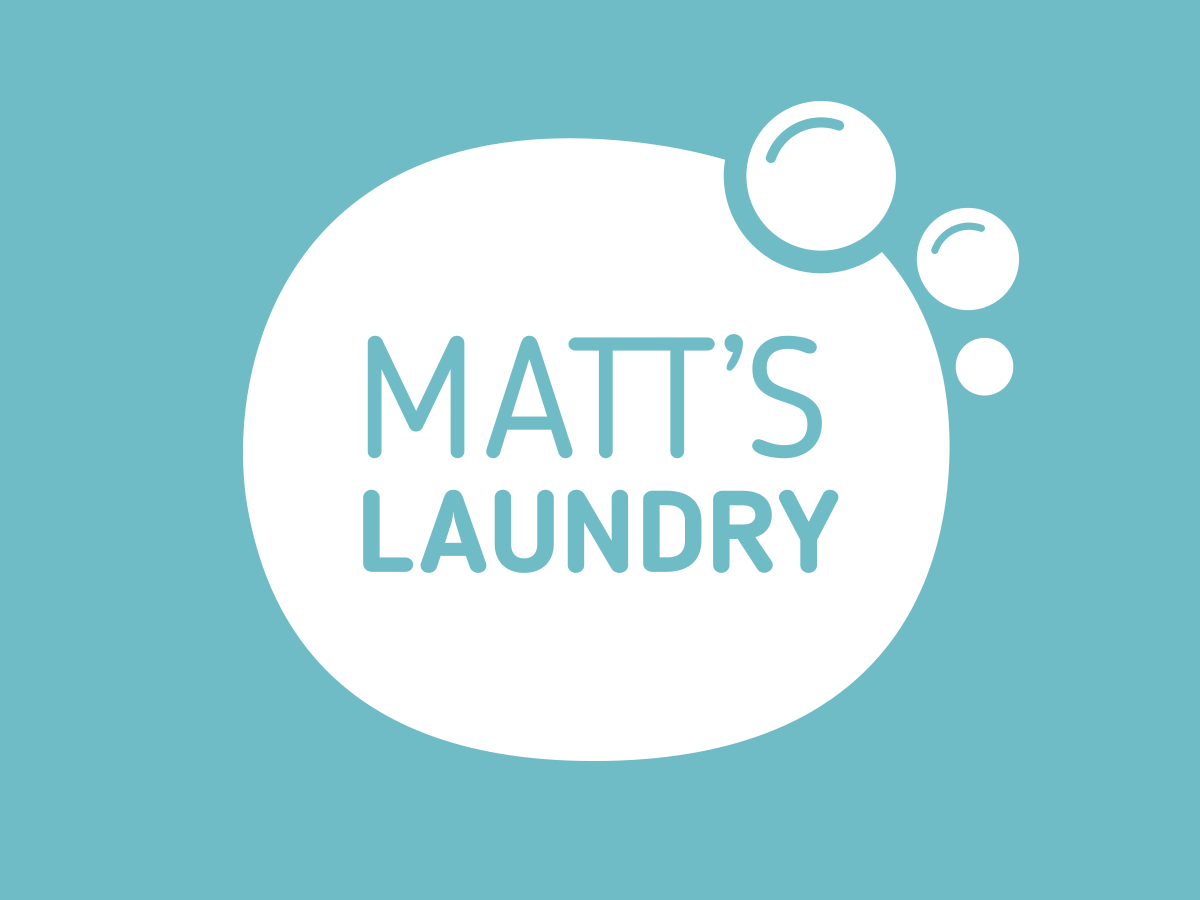 We seek to provide a referral based laundry service focused to serve rough sleepers in our city. 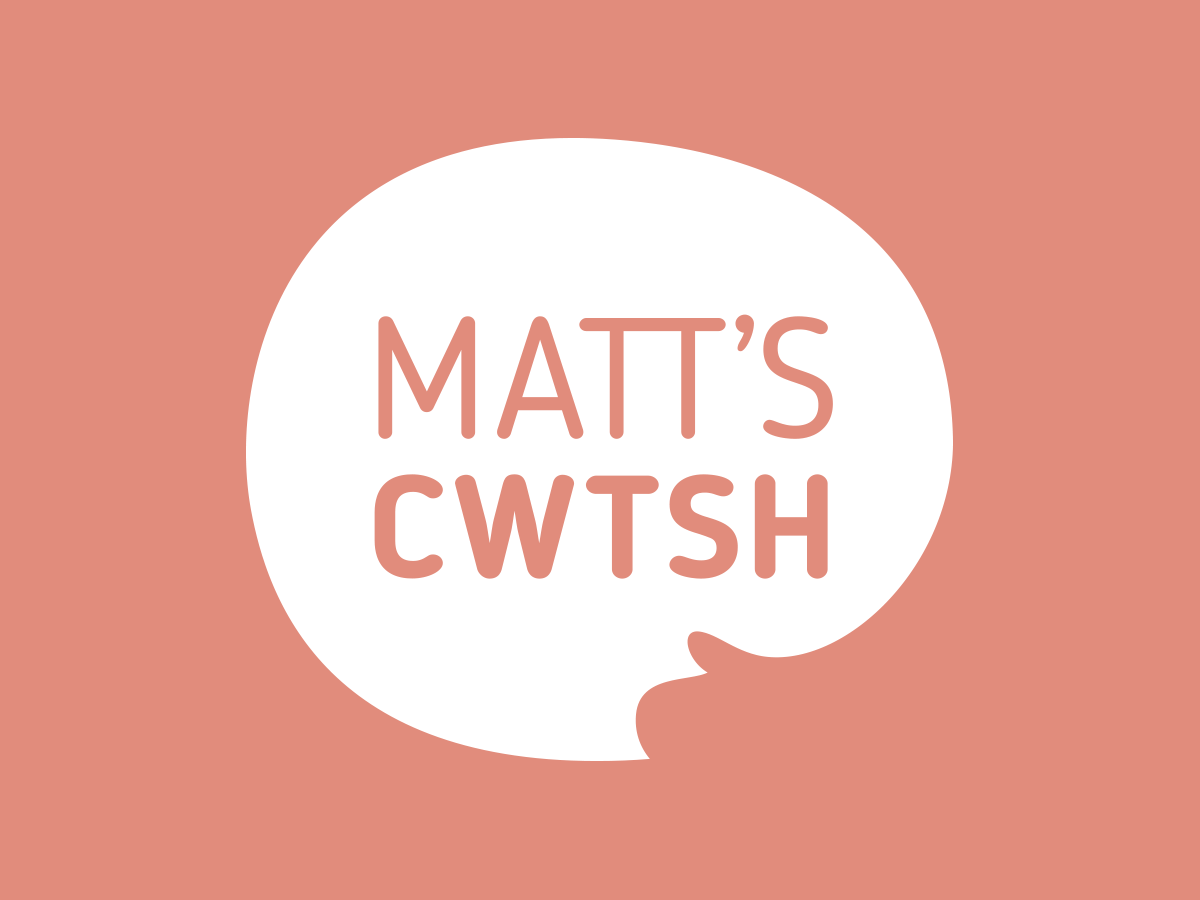 We have created a safe place to offer friendly advocacy and support from trained volunteers to anyone in need at Matthew’s House. 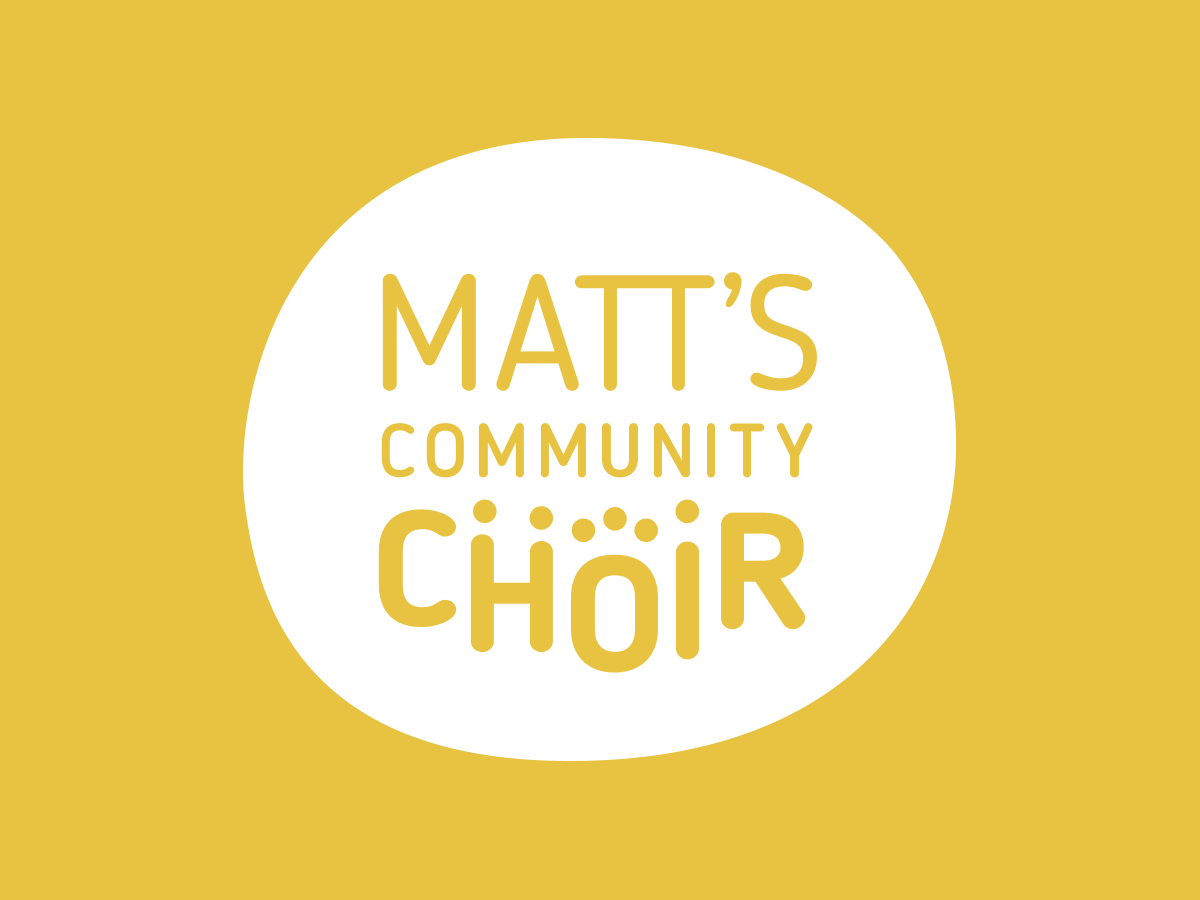 A community choir using music and friendship to reduce isolation and improve wellbeing.

Patrolling the streets of Swansea on Friday and Saturday nights, to care for, listen to and help people who are out.

Bringing hope to those in Swansea Prison

The Hill Church in Swansea is part of the Catalyst network of churches.
With a passionate commitment to build the church according to New Testament principles.